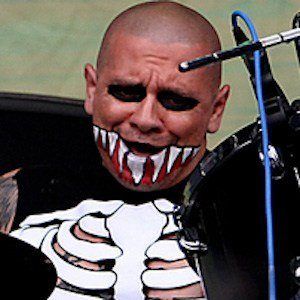 Drummer known for being a member of the band The Misfits in the late 1970s, contributing to the singles "Horror Business" and "Night of the Living Dead."

He joined The Misfits in 1978, the band's third drummer after the departures of Manny Martinez and Jim Catania.

Over the course of his career, he also played for Psycho Daisies, The Strap-Ons, The Undead, and The Snotrockets.

His real name was Joey Poole. He grew up in New Jersey, but also lived in New York, California, and Florida.

He played with Bobby Steele during his time with The Undead.

Joey Image Is A Member Of