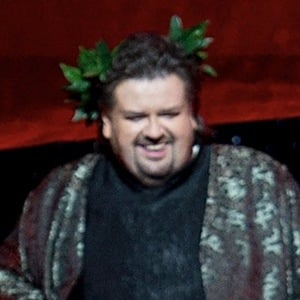 He made his operatic debut in a 1989 South African production of Der Freischütz.

He earned the distinction of having sung on more opera recordings than any other South African opera singer in history.

He grew up in Rustenberg, a city in South Africa's Northwest Province.

Johan Botha Is A Member Of