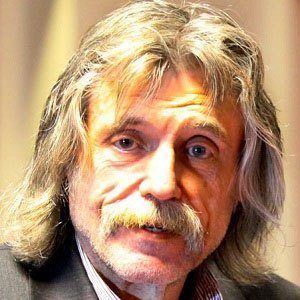 Former footballer of the Dutch professional leagues who retired to cover the sport as a journalist.

Playing defender, he spent the 1970s with Veendam and Haarlem, gathering 77 appearances total.

He memorably claimed the Dutch SC Cambuur kept one of their stars from being suspended with a hefty bribe; though all the parties implicated laughed the accusation off.

He lost his first wife in an auto accident, and remarried to have two children with his second wife.

John Gwynne was another prominent sports journalist in Europe.

Johan Derksen Is A Member Of