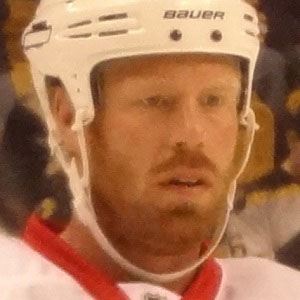 NHL winger nicknamed The Mule for his fortitude. He helped the Detroit Red Wings win a Stanley Cup Championship in 2008.

He began playing in the Swedish hockey leagues in 1997, and signed with the Red Wings in 2004.

He grew up in Vetlanda, Sweden.

Johan Franzen Is A Member Of