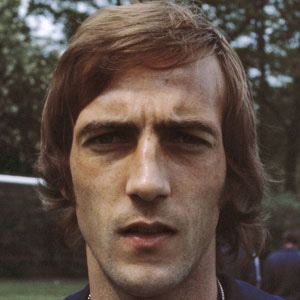 One of the best European players of his time, he won multiple league titles with Ajax and led the Dutch national team to the World Cup finals in both 1974 and 1978.

He played with RCH Heemstede for several seasons, before signing with Ajax in 1970.

Two soccer players from later generations were named after him: Neeskens Kebano of Paris Saint-Germain F.C. and John Neeskens Ramirez of Villarreal CF.

He grew up in Heemstede, Netherlands.

He was nicknamed "Johan the Second," the first one being the great Johan Cruyff.

Johan Neeskens Is A Member Of