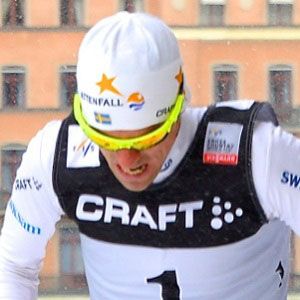 He learned to ski at a very young age growing up in Sweden.

He took silver in the men's 15-kilometer classical at the 2014 Olympics.

Cathrine Lindahl also competed for Sweden in the 2010 Olympics, winning gold in curling.

Johan Olsson Is A Member Of