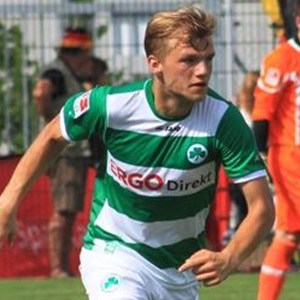 Defensive midfielder who made his senior debut with Greuther Fürth in 2010. He has gone on to play for clubs like 1. FSV Mainz 05, Schalke 04 and Sevilla.

He hails from Schweinfurt, Germany. He began his youth career with TSV Oberstreu.

He has represented Germany at tournaments like the 2015 Under-21 European Championship.

His father's name is Roland.

He has played with Weston McKennie at Schalke 04.

Johannes Geis Is A Member Of