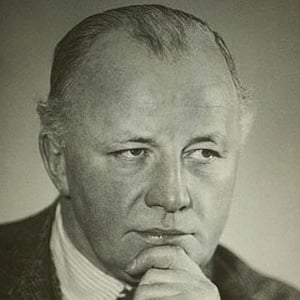 Actor and director whose memorable performances include a stage version of Aladdin as well as the 1938 film Champagnegaloppen.

In 1901, when he was just 20 years old, he entered the scene through the Dagmar Theater. This effectively launched his stage career.

Aside from his acting talents, he also wrote a book entitled 'Gennem de fagre riger.' It was well received by critics and audiences alike.

He was born-and-raised in Copenhagen, Denmark.

Both he and soccer pro, Preben Elkjaer, grew up in Copenhagen.

Johannes Poulsen Is A Member Of