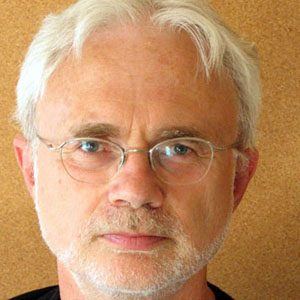 Perhaps most famous for his September 11-themed, Pulitzer Prize-winning choral piece On the Transmigration of Souls (2002), Adams is also known for a number of other minimalist musical compositions, including the orchestral piece Short Ride in a Fast Machine and the string septet work Shaker Loops.

He composed his first musical works when he was just ten years old and later earned bachelor's and master's degrees in musical composition from Harvard University. During his time at Harvard, he pursued side work as a Bach Society Orchestra conductor and a Boston Symphony Orchestra clarinetist.

His controversial opera The Death of Klinghoffer is based on the 1985 murder of Leon Klinghoffer during a Palestine Liberation Front-organized airplane hijack operation.

A native of Worcester, Massachusetts, he attended high school in Concord, New Hampshire. During his early years, he took clarinet lessons with his musician father.

He composed a 1987 opera based on President Richard Nixon's early 1970s visit to China.

John Adams Is A Member Of