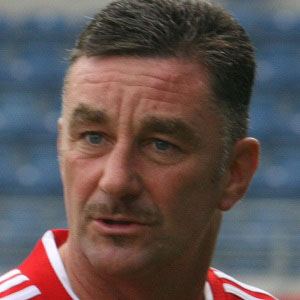 Striker who became one of the most prolific goal-scorers in English soccer history with 330 league goals scored. He won titles with clubs like Liverpool and Oxford United and later became the manager of the Tranmere Rovers.

He played with South Liverpool FC before turning professional with Newport County in FC in 1979.

He played with Andy Townsend on the Republic of Ireland squads at the 1990 and 1990 FIFA World Cup.

John Aldridge Is A Member Of