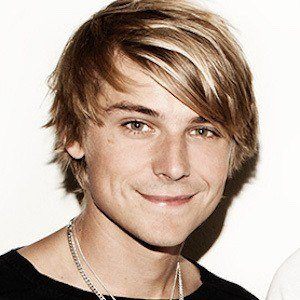 One third of the Swedish-born boy band JTR featuring him and his brothers Tom and Robin Lundback. The group initially rose to fame following their appearance in the fifth season of popular competition series The X Factor Australia.

Long before their appearance on the X Factor Australia, JTR opened their JTRofficial YouTube channel where they began by posting covers and original songs.

JTR entered the 2015 Melodifestivalen in order to win the Swedish spot in the Eurovision Song Contest with their single "Building It Up."

He and his brothers competed against pop singer Dami Im in the fifth season of The X Factor Australia.

John Andreasson Is A Member Of