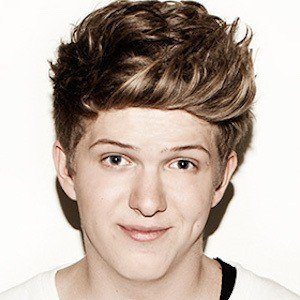 Swedish pop singer known for being a member of the sibling boy-band JTR, who rose to prominence on season five of X-Factor Australia. They released their debut album Touchdown in 2014. He has also released solo music under the name Boy In Space.

They appeared on X-Factor in 2013 and were eliminated in seventh place.

In 2015, he appeared on the shows Brynolf & Ljung, BingoLotto, and Melodifestivalen.

He's the youngest member of the band, joined by older brothers John Andreasson and Tom Lundback.

Robin Lundback Is A Member Of