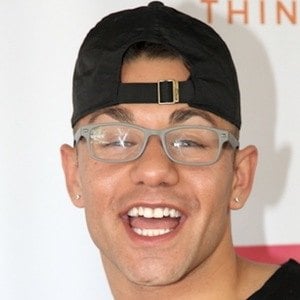 Dancer and influencer who's combined his dance talents with social media savvy to create a strong online presence. He has over 80,000 followers on Instagram and his eponymous YouTube channel's racked up over 550,000 views.

He started dancing in second grade after his mother signed him up for a class because he had so much energy.

He and his two sisters were adopted from Bulgaria by his parents.

Sebastian Topete and D.B. RICAPITO were also on the Boys of Summer 2018 tour.

John Aron Is A Member Of