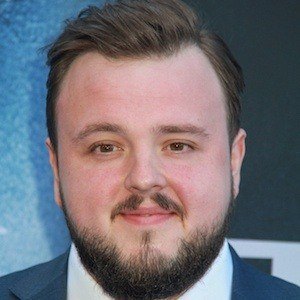 Made a name for himself playing Samwell Tarly, the timid and bookish member of the Night's Watch, on Game of Thrones. He also played Giovanni di Lorenzo de' Medici on the 2011 series Borgia.

Before making his breakout role on Borgia, he first graduated from Loreto College, Hulme and the Manchester Metropolitan School of Theatre.

In 2012, he made his feature film debut opposite Keira Knightley in the Joe Wright adaptation of Anna Karenina.

He grew up in the Wythenshawe district of Manchester.

John Bradley-West Is A Member Of