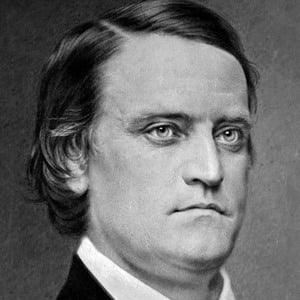 Lawyer who served as a Representative and Senator from Kentucky and went on to become the fourteenth Vice President of the United States. After the Civil War began he became the Secretary of War of the Confederate States.

He studied at Princeton when it was still called the College of New Jersey.

At the age of thirty-six he was and still is the youngest Vice President to ever be inaugurated.

His grandfather was John Breckinridge, former Senator and Attorney General.

He was Vice President under President James Buchanan.

John Cabell Breckinridge Is A Member Of