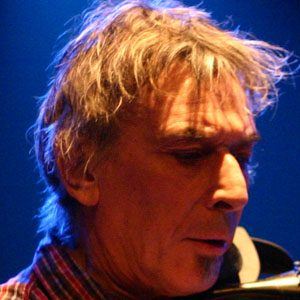 Singer-songwriter and musician with the seminal rock band The Velvet Underground, the group known for songs like "Sunday Morning" and "Who Loves The Sun?"

He was drawn to classical music and studied the genre at Goldsmiths College in the University of London.

He was inducted into the Rock and Roll Hall of Fame in 1996 for his work with The Velvet Underground.

He was married to fashion designer for less than a year.

He collaborated with musician Lou Reed on many albums.

John Cale Is A Member Of