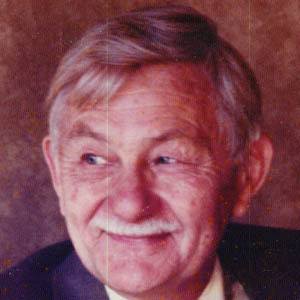 He attended the University of Virginia before attaining his M.S. and Ph.D. from Northwestern University in 1942 and 1943.

He used mice to test his hypothesis about overpopulation and found that when all available space is taken and all social roles filled, competition and the stresses experienced by the individuals will result in a total breakdown in complex social behaviors, ultimately resulting in the demise of the population.

He met his wife, Edith Gressley, at Northwestern.

He met with Pope John Paul II about the possible side effects of overpopulation.

John B. Calhoun Is A Member Of