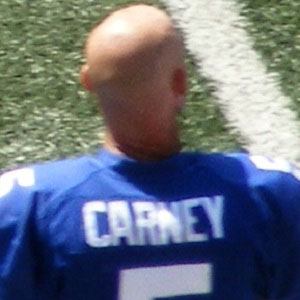 Kicker for 8 different teams during his NFL career who retired as the third-leading scorer in NFL history with 2,044 points.

He won All-State honors as a punter at Cardinal Newman High School.

He set an NFL record by hitting 4 or more field goals in a game 29 times in his career.

He married Holly Marie Carney in 1993.

He and George Blanda are both notable for having played in the NFL in 4 separate decades.

John Carney Is A Member Of