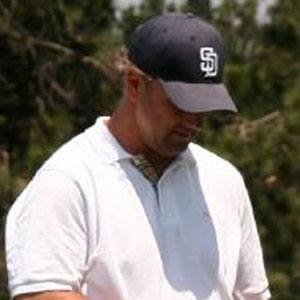 Former journeyman quarterback who is best remembered for leading the Atlanta Falcons to the Super Bowl in 1998.

He was drafted 76th overall by the Indianapolis Colts in 1988 after playing college football at the University of Washington.

His best years were with Atlanta, where he earned the only two Pro Bowl selections of his career in 1997 and 1998.

He was traded to the Atlanta Falcons from the Houston Oilers in 1996 so that Steve McNair could be given the starting role in Houston.

Chris Chandler Is A Member Of