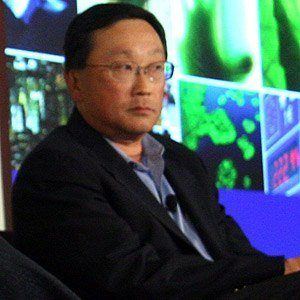 This prominent, Hong-Kong born entrepreneur served as Chief Executive Officer of the Blackberry, Ltd. technology corporation and was also the president of the Sybase software company. In addition, he held executive positions with both Wells Fargo and The Walt Disney Company.

After earning an electrical engineering degree from Brown University, he received an advanced degree in the same field from the California Institute of Technology. He began his highly successful information technology career with the Pennsylvania-based Unisys Corporation.

He served on the boards of both the New York Stock Exchange and CIT Group, Inc.

He was raised in Hong Kong until his teenage years, at which point he attended a college preparatory high school in Massachusetts, U.S.A.

In the first decade of the 21st Century, then-United States President George W. Bush appointed Chen to both the Secure Borders and Open Doors Advisory Committee and the President's Export Council.

John S Chen Is A Member Of