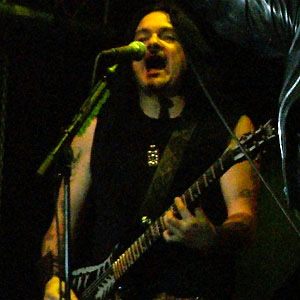 Original guitarist for the metal band Danzig who was ranked #63 on Guitar World's The 100 Greatest Metal Guitarists list.

He studied jazz at Towson University and guitar at the Peabody Institute.

His old guitar is on display at the Hard Rock Cafe in Orlando, Florida.

He has four children.

He has played with Randy Castillo in the band Juice 13.

John Christ Is A Member Of