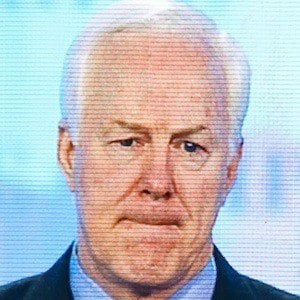 Republican politician from Texas who became the Senate Minority Whip in 2013. From 1991-1997, he served as an Associate Justice of the Texas Supreme Court.

After attending the American School in Japan during his youth, he graduated from Trinity University with a degree in journalism.

While he was the Attorney General of Texas, he created the Texas Internet Bureau.

He had two daughters with his wife Sandy.

He voted against the nomination of Supreme Court Justice Sonia Sotomayor because he felt she might rule from too liberal of a perspective.

John Cornyn Is A Member Of