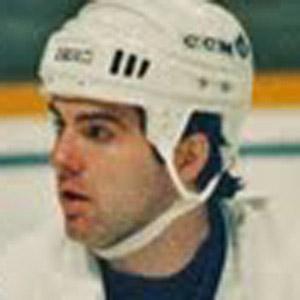 Former NHL player best known as a centre for teams like the Pittsburgh Penguins and Toronto Maple Leafs. He was previously a star for the Flint Spirits in the International Hockey League, winning the league MVP and co-Rookie of the Year awards.

He played at Boston University, where he became the top goal-scorer in the school's history.

He was forced to put hockey on hold after being diagnosed with Non-Hodgkin lymphoma in 1997. He attempted a comeback in 1998, which prompted the NHL to award him the Bill Masterton Memorial Trophy.

His older brother, Terry, was considered a hot prospect coming out of college until he suffered a broken neck.

He shared the IHL Rookie of the Year award with Ed Belfour for the 1987-88 season.

John Cullen Is A Member Of