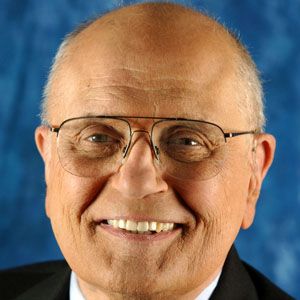 Most Popular#93508
Politician Born in Colorado#9

Politician and Democrat who became member of the US House of Representatives in 1955 and served 29 consecutive terms. He became Dean of the House in 1995 and has Chaired the House Energy and Commerce Committee for many years.

He received his Bachelor's degree in chemistry from Georgetown University in 1949.

He is the longest serving member of Congress, having been continuously serving since 1955.

He had four children from his marriage to Helen Henebry.

He brought an action against George W. Bush alleging he the Constitution in the passing of the Deficit Reduction Act of 2005.

Most Popular#93508
Politician Born in Colorado#9

John Dingell Is A Member Of