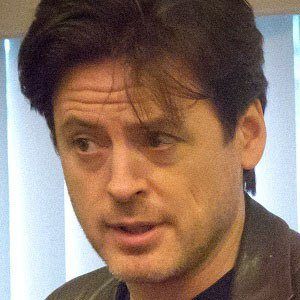 Stage and screen actor and television host known for his TV roles in Providence and CSI. He also appeared in the film Coyote Ugly and hosted a VH1 special featuring former Beatles George Harrison and Paul McCartney.

He graduated from New York University's famed Tisch School of the Arts.

He contributed political commentary to a Huffington Post blog.

He was born on Long Island, New York to a former nun mother and a former priest father.

He co-hosted America's Funniest Home Videos with Daisy Fuentes from 1998 until 1999.

John Fugelsang Is A Member Of