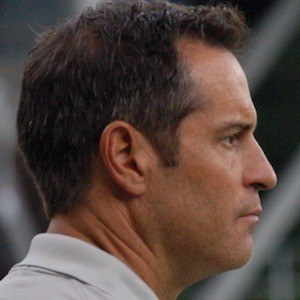 Midfielder who made his senior career debut in 1989 for the Albany Capitals, made his final appearance in 2002 for the Columbus Crew, and played for the United States national team from 1987-2000, appearing in 90 games.

He played college soccer from 1985-1987 for the University of Virginia.

After retirement, he began his managerial career in 2006 as an assistant for the New York Red Bulls.

John Harkes Is A Member Of