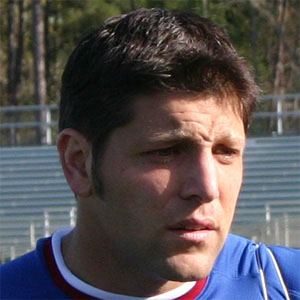 Former American goalkeeper who played in two World Cups and professionally in the MLS from 1996-2006, most notably for the Kansas City Wizards for five seasons.

He played college soccer at the University of Virginia.

He was named the MLS goalkeeper of the year in 2000 with Kansas City.

He grew up in Belleville, New Jersey.

He played alongside defender Alexi Lalas on the MetroStars.

Tony Meola Is A Member Of