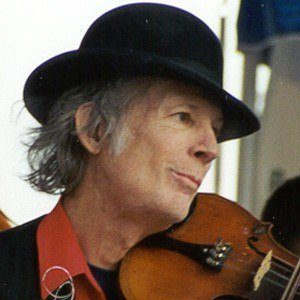 Grammy Award-winning musician known for playing the fiddle and banjo, as well as for his quirky and witty lyrics.

He created a bluegrass band while he was in high school. He also learned how to play the guitar and mandolin.

He received a star on the St. Louis Walk of Fame and appeared on The Johnny Cash Show, the Smothers Brothers Comedy Hour, and many other TV shows.

He was born in New York City to Carl and Mary Harford.

His song Gentle on My Mind was turned into a hit by Glen Campbell.

John Hartford Is A Member Of