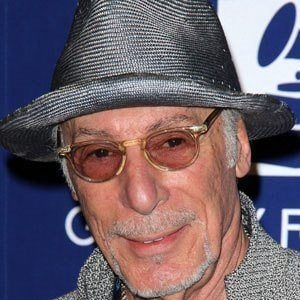 Wrote Tell Laura I Love Her, a Ray Peterson hit, Leader of the Pack by The Shangri-Las, and Sugar, Sugar for The Archies.

He attended the New York School of Industrial Design.

He and his wife Ellie Greenwich were inducted into the Songwriters Hall of Fame in 1991.

His mother raised him and his sister in Plainfield, New Jersey, after his parents divorced when he was seven. He married Greenwich, his songwriting and producing partner, in 1962. They divorced in 1965, and their relationship became the subject of Leader of the Pack, the 1985 Broadway jukebox musical.

He, Greenwich, and Phil Spector pioneered and refined the Girl Group sound that was popular in the early 1960s.

Jeff Barry Is A Member Of