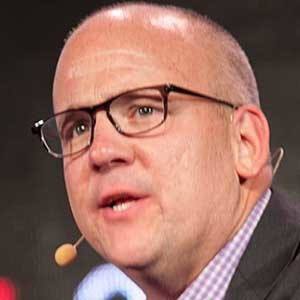 Journalist who has gained fame for his work as a national affairs analyst for NBS News and MSNBC. He co-authored the best-selling political books Game Change and Double Down: Game Change 2012, and worked as a staff writer for New York Magazine.

He graduated with his dual degree in journalism and political science from Northwestern University. He later earned his master's from Harvard University.

He co-starred in and co-produced the Showtime documentary series The Circus: Inside the Greatest Political Show on Earth. He has also contributed to The Economist and Wired.

John Heilemann Is A Member Of