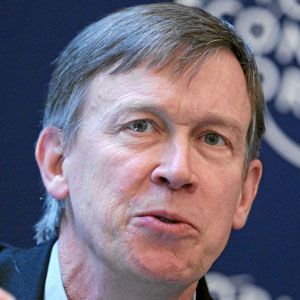 Democratic politician and 42nd Governor of the State of Colorado. Prior to being elected Governor, he served from 2003 to 2011 as the Mayor of Denver, Colorado.

After graduating from Wesleyan University (in Connecticut) with a degree in English, he studied geology at the Colorado School of Mines.

In the 1990s, he helped found the popular Wynkoop Brewing Company in Denver, Colorado.

He was born and raised in suburban Philadelphia, Pennsylvania. His marriage to writer Helen Thorpe produced a son named Teddy.

John Hickenlooper Jr. Is A Member Of