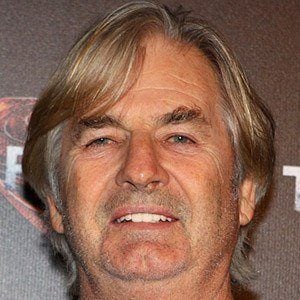 Best known for his role as the evil Mick Taylor in the Wolf Creek horror films, he also starred in and co-directed an Australian thriller titled StalkHer. His other screen credits include roles in director Peter Weir's Picnic at Hanging Rock and Tom Jeffrey's The Odd Angry Shot.

After training at Australia's National Institute of Dramatic Art, he made his film debut in the 1975 sports comedy The Great Macarthy.

During the 1990s, he co-hosted the Australian Better Homes and Gardens television program.

His marriages to Rosa Miano, Noni Hazlehurst, and Cody Jarrett ended in divorce and resulted in a total of six children: Zadia, Ebony, Charlie, William, Jackson, and Riley.

He appeared with then-unknown actor Mel Gibson in the 1977 film Summer City.

John Jarratt Is A Member Of