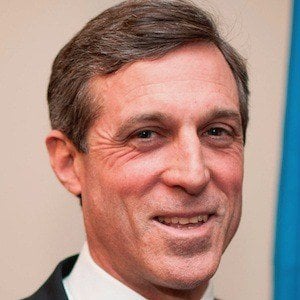 Most Popular#197705
Politician Born in Delaware#33

Democrat who became the U.S. Representative for Delaware's at-large congressional in 2011 after serving as the 24th Lieutenant Governor of Delaware. He served on three subcommittees under the United States House Committee on Financial Services.

He was quarterback of the 1973 state championship St. Mark's High School football team.

He coached freshman football at the University of Delaware after earning All-Ivy League and Most Valuable Player honors in football at Dartmouth College.

He has two children, Sam and Jimmy, with his wife, Tracey.

He attempted to replace Ruth Ann Minner as Governor in 2008 but lost the Democratic primary.

Most Popular#197705
Politician Born in Delaware#33

John C. Carney Jr. Is A Member Of