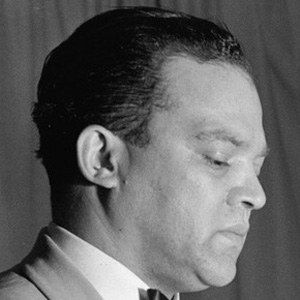 Multi-instrumentalist and 1993 inductee into the Big Band and Jazz Hall of Fame.

He played trombone until his instrument was stolen, then he switched to tuba. He had his first noteworthy gig in Fletcher Henderson's Orchestra.

He was known for his chamber jazz, a lighter and more classical take on the genre.

He was married to Maxine Sullivan.

After his sextet called the Onyx Club Boys was reduced in size due to the war and tuberculosis, Kirby and the remaining members worked with Sarah Vaughan.

John Kirby Is A Member Of