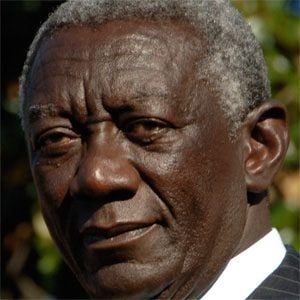 Ghanaian politician who served as President of Ghana's Fourth Republic from 2001 to 2009. Prior to holding that post, he was Chairperson of the African Union from 2007 to 2008.

During Ghana's Second Republic, he served as a minister in the Progress Party. While he was Deputy Minister of Foreign Affairs, he led the Ghanian delegation to the United Nations General Assembly.

During his time as President, he established the National Health Insurance Scheme, which registered eleven million citizens.

He married Theresa Kufour, with whom he had five children.

In the first year of his presidency, he traveled to the United States and met with then-U.S. President George W. Bush.

John Kufuor Is A Member Of