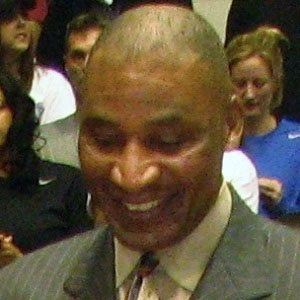 NBA guard/forward who scored 12,131 points during his 16-year career, mostly with the Detroit Pistons.

He was coached in college by legendary mentor and broadcaster Dick Vitale.

He was the oldest player in basketball when he retired in 1997.

His nephew Grant Long also enjoyed a long career in the NBA.

He played in the same backcourt with Hall of Fame guard Isiah Thomas while on the Detroit Pistons.

John Long Is A Member Of