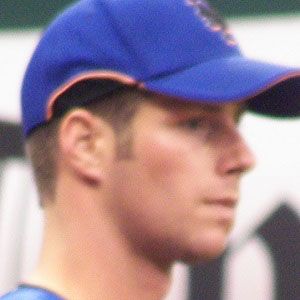 Pitcher best known for his years as a member of the New York Mets, with whom he played from 2006 to 2010. After retiring at the end of the 2013 season, he became a coach at his alma matter, the University of North Carolina at Charlotte.

He graduated from North Stafford High School in Stafford, Virginia before being named the Conference USA Pitcher of the Year at UNC Charlotte.

In 2006, he pitched 25 consecutive scoreless innings, which was the longest streak by any starting pitcher since 1998.

He was teammates with pitcher Pedro Martinez in New York.

John Maine Is A Member Of