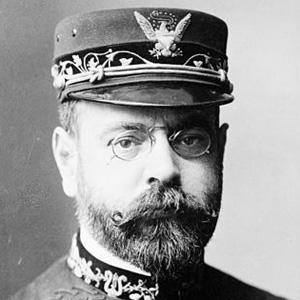 Known as the American March King, he is remembered for "The Stars and Stripes Forever." His song "Semper Fidelis" became the United States Marine Corps' official march.

He was leader of The President's Own band for five presidents, beginning with Rutherford B. Hayes and ending with Benjamin Harrison.

He traveled Europe and Australia after serving as Marine Band director for 12 years. He perfected the brass instrument the sousaphone while abroad.

His father enrolled him into the United States Marine Band as an apprentice, where he received his formal training. He married Jane van Middlesworth Bellis on December 30, 1879, and they had three children together.

His 1893 composition "The Liberty Bell" was used as the credits theme for the classic "Monty Python's Flying Circus" TV show, which featured John Cleese.

John Philip Sousa Is A Member Of