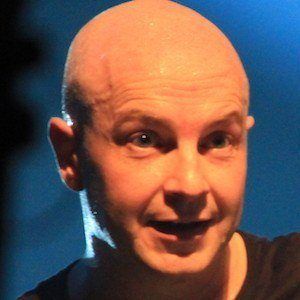 Fiddle player who first rose to fame for spending more than a decade playing with the Battlefield Band. He then became a producer and band member for Kate Rusby and has released several solo albums.

He began playing the fiddle at seven and not long after joined a number of youth orchestras and ceilidh bands. By fourteen, he'd created the band Parcel O'Rogues.

In 2003, he was presented the Folk Musician of the Year Award by BBC Radio 2.

His mother is Irish and was the person to encourage him to play the fiddle as a child. He married Irish folk singer Heidi Talbot and the pair had two daughters, Molly Mae and Jessica.

He has produced and performed for countless successful artists including Mark Knopfler, Patti Smith, and Chas Hodges.

John McCusker Is A Member Of