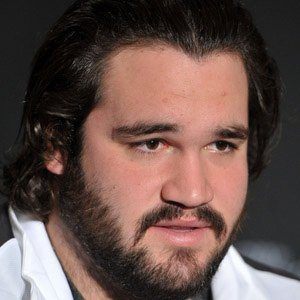 NFL offensive guard who was drafted by the Seattle Seahawks in the third round of the 2011 NFL Draft.

He attended the University of Wisconsin where he was an All-American selection in 2010 by the AP, CBSSports.com, and Rivals.com.

He was initially traded from the Seahawks to the Browns in 2013, but the trade was rescinded when he failed a physical.

He was born in Guilford, Connecticut.

He began playing under head coach Pete Carroll upon joining the Seahawks in 2011.

John Moffitt Is A Member Of