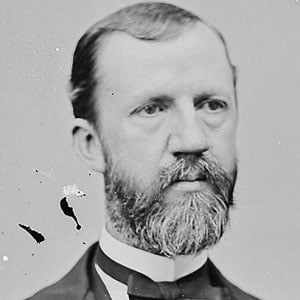 During the late 1860s, this Delaware Democrat served in the United States House of Representatives. Also an attorney, he established a legal practice in Dover, Delaware.

After graduating from Pennsylvania's Dickinson College, he briefly worked as a school superintendent before pursuing a career as a lawyer.

Though he spent his early childhood in Laurel, Delaware, he traveled to Virginia for his secondary schooling.

His marriage to Angelica Killeen Reed produced four children, including a son named John Reed Nicholson who went on to become Chancellor of Delaware.

He and Charles Lore both served as U.S. Representatives from Delaware during the Nineteenth Century.

John Nicholson Is A Member Of