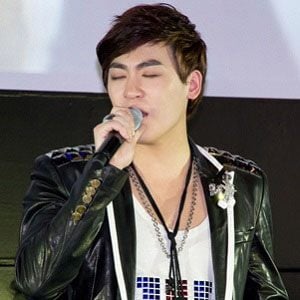 He attended Northwestern University, where he studied economics and sang with an Acapella group called Purple Haze.

He was born in Chicago, Illinois to a family of South Korean descent.

American Idol judge Shania Twain was impressed by Park's audition for the show.

John Park Is A Member Of