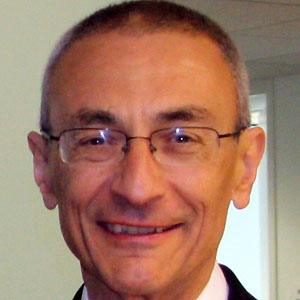 White House Chief of Staff under President Bill Clinton from 1998 to 2001. He became the Counselor to the President in 2014 and he wrote the 2008 book 'The Power of Progress: How America's Progressives Can (Once Again) Save Our Economy, Our Climate, and Our Country.'

He graduated from Georgetown University Law center in 1976 before working as a trial attorney for the Department of Justice.

He was an important influence in Clinton's executive order to declassify millions of pages from the U.S. diplomatic and national security history.

His brother Tony is a lobbyist in Washington.

He co-chaired Barack Obama's transition organization after the latter won the 2008 election.

John Podesta Is A Member Of