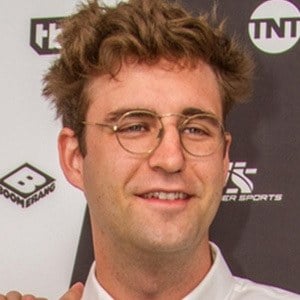 Series regular in the TBS comedy series Search Party who later earned a main role in the television adaptation of Four Weddings and a Funeral. He also played Officer Callahan as a recurring part in Stranger Things.

His career as an actor began at the Annoyance Theatre in Chicago.

He was a guest-star in The Chris Gethard Show, High Maintenance and Miracle Workers. He was cast as Perkins in a 2018 movie called Most Likely to Murder.

He was born in Madison, Wisconsin.

He played the boyfriend of Alia Shawkat in the series Search Party.