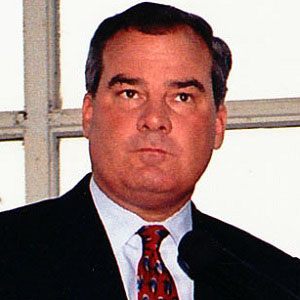 During his third term as Governor of Connecticut, this Republican Party politician resigned from office and was imprisoned for the crime of honest services fraud. Prior to his political fall from grace, he had been a highly popular governor and had also represented Connecticut's fifth district in the United States Congress.

After graduating from Villanova University, he was elected to the Connecticut State House of Representatives.

During his years as governor, he provided health insurance to all uninsured youth in Connecticut and gave a great deal of funding to institutions of primary, secondary, and higher education.

After his marriage to Deborah Rowland ended in divorced, he married Patty Rowland.

John Rowland Is A Member Of