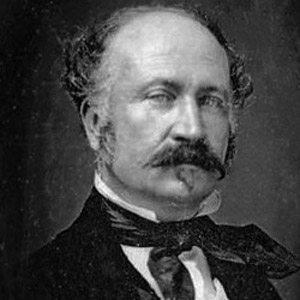 Swiss pioneer of the California Gold Rush who is known for establishing Sutter's Mill and Sutter's fort near present-day Sacramento. He has been featured in both film and literature, and his house in Pennsylvania made the National Register of Historic Places in 1982.

He attended school in Switzerland and became captain of the artillery in the Swiss Army. He relocated to the United States in 1834.

After he established Sutter's Fort, he was a supporter of an independent California republic, but did not resist when the fort was seized by the U.S.

He married Annette Dübold in 1826 and had five children.

John Sutter Is A Member Of