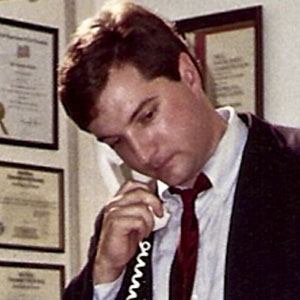 Actor and voice actor who worked on such anime films and television shows as Neon Genesis Evangelion and Full Metal Alchemist: Brotherhood.

He made his performance debut in 1973 on a series called Gatchaman.

He had a starring role in the the 1992 film Behind the Mask.

He and fellow voice actor Caitlin Glass both lent their voices to Full Metal Alchemist.

John Swasey Is A Member Of