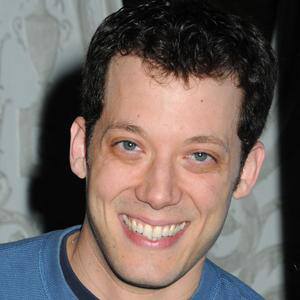 Puppeteer and theatrical performer who played the characters of Princeton and Rod in the Broadway musical production of Avenue Q. He was nominated for a Tony Award in 2004.

He became a part-tune puppeteer on Sesame Street when he was sixteen years old.

He appeared on Broadway in both Beauty and the Beast and Shrek the Musical.

He was born in New Jersey, and he attended high school in Pennsylvania.

John Tartaglia Is A Member Of