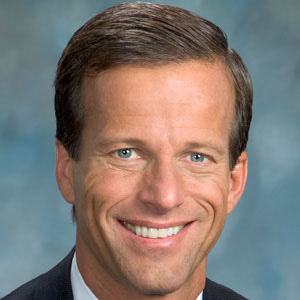 Republican politician who was elected the Junior Senator from South Dakota in 2004. He became the 28th Chairman of the Senate Republican Conference in 2012.

He first got interested in politics after meeting a House Representative who came to see his high school basketball team.

He may be a Junior Senator, but his 6'4" height is anything but junior.

He has two daughters with wife Kimberley.

He was on the shortlist to be Mitt Romney's vice-presidential running mate.

John Thune Is A Member Of