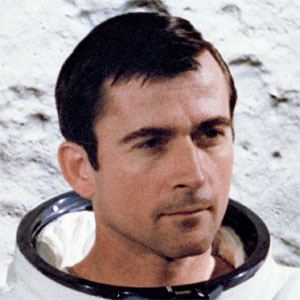 First person to fly into space six times and the ninth to set foot on the moon. He orbited the moon alone aboard the Apollo 10. Throughout his career, Young flew on Gemini 3, Gemini 10, Apollo 10, Apollo 16, STS-1, and STS-9. He retired from NASA in 2004.

After the Korean War, he served as the fire control officer for the USS Laws until June 1953.

After his marriage to Barbara White, he married Susy Feldman. He has a daughter named Sandra and a son named John.

John Young Is A Member Of